My Highlights From The PMI Annual Conference 2017 – Chicago!

My Highlights From The PMI Annual Conference 2017 – Chicago!

This week I was in Chicago attending the PMI Annual Conference 2017. Below are a few photos I took from two of my favorite seminars at the conference.

But first, here are a few key themes & trends I noticed threading through many of the seminars.

Clearly the #1 trend was how much Agile has come to dominate the conference this year! Over the past 5 years, I’ve seen the percentage of agile-related sessions increasing steadily at PMINAC. But this was the first year that it felt like Agile has actually beaten out Waterfall as the leading PM modality.

Two new names were heavily in-use at the conference (substituting for two old names) and both appear that they will catch on around the PM world:

As Mike Griffiths put it in his presentation:

3. The Rise of Agile in the PMI Model

My Two Favorite Presentations At The Conference

The 2 best seminars I attended were both about Agile and its place in the new PMBOK:

1. The Agile Practice Guide® – Advancing The Mindset, Supporting The Practice

(Apologies to Jesse Fewell — I didn’t get any photos of Jesse, but his photo is at the top of this post, and his part in this presentation was excellent!)

And My 3 Favorite “Personal Moments” At The Conference

1) I got to have a dinner (really more of a feast!) with Cornelius Fichtner, President of OSP International, and best-known as the host of “The Project Management Podcast” and for his leading-edge PMP Prep and PMI-ACP test tools.

2) I got to have lunch with one of my students who traveled all the way to the conference from NYC, Arthur Benoit, PMP®.

My book also on the Berrett-Koehler Publishers bookshelf at the conference (below). 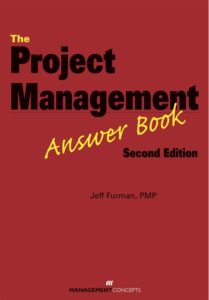