Home/knowledge/Books/Brainstorming comes in second!
Previous Next

Brainstorming is a long-favored method from PMI as a best practice  tool, especially used in Requirements Gathering and in Risk Identification.

However… an article in the current New Yorker, January 30, 2012, by Jonah Lehrer, entitled: “GROUPTHINK,” has applicability to Project Management teams. Based on an extensive study by Charlan Nemeth, professor of psychology at UCLA in 2003, there are three related ways of group facilitation for idea-generation, and brain-storming comes in second place, ahead of “Free-wheeling,” but behind “debate condition” (details below). 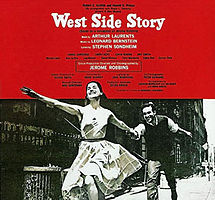 Central to the article is that: “There is a problem with brainstorming.  It doesn’t work.” The article traces the long history of acceptance as fact that brainstorming is best.  Brain-storming gained great popularity after Alex Osborn (the “O” in advertising giant B.B.D.O.) wrote about it in his best-selling book: “Your Creative Power.”  But per Lehrer’s article and Nemeth’s study, the three methods, in order of proven effectiveness, (#1 worst, #2 middle, #3 best) are as follows:

1. Free-wheeling (no guidelines): people work together and alone without specific rules for how ideas will be generated and collected.

3. Debate Condition: Debating and even criticizing each other’s ideas leads to more and better solutions. A few key quotes from Nemeth’s study and Lehrer’s article:

Q Factor – “Nobody creates a Broadway musical by themselves”

The article also references an extremely interesting and extensive study by Brian Uzzi at Northwestern, where he analyzed the results of collaboration in thousands of Broadway Musicals.  He assigned a “Q Factor,” quantifying the degree to which the participants in the creative teams already had worked together prior to the current project.  His research showed that

An authorized “ABSTRACT” of Lehrer’s article is provided online by The New Yorker Magazine at link: GROUPTHINK.Lehrer.NYorker.Jan302012