Presenter’s tip that only needs a Smart Phone: “Music Breaks!” (US Army Base, Augusta, Georgia)

Home/knowledge/Presenter’s tip that only needs a Smart Phone: “Music Breaks!” (US Army Base, Augusta, Georgia)
Previous Next

Presenter’s tip that only needs a Smart Phone: “Music Breaks!” (US Army Base, Augusta, Georgia) 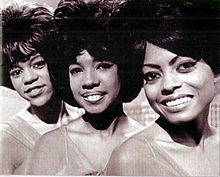 I recently tried an idea for bringing music breaks into my classes.

I was teaching for the US Army in Augusta, Georgia (Fort Gordon) and one of the students (hi Marci!) told me she performs at the company’s holiday parties as a singer, and has a very strong interest in early Motown.

Using Siri on my iPhone, I was able to instantly find some gems on YouTube from the early days of music on the Ed Sullivan Show (“I Hear A Symphony,” “You Can’t Hurry Love,” “Where Did Our Love Go?”).  We played these videos on our phones on a couple of breaks, and it was great fun sharing them with Marci and some of her classmates, and watching them enjoy these videotaped performances for the first time.

One of the students (Colin) was from England, and another was from Australia (Jared). They were friends and kidded each other a lot during the class.  So I found a video for the song “Australia” by the Kinks, which is a somewhat mocking but affectionate view of Australia seen through the eyes of English songwriter and legendary Kinks front-man Ray Davies.  This video also was a hit with the class.

Thanks again to the soldiers and their families for hosting me for three (3!) Southern BBQs during my stay in Augusta.  A special shout-out to Colonel Mike B, PMP and his awesome wife Sally and their great kids (thanks again, Emily, for the ‘Smore!).  Also to Colin K, PMP and his charming wife Helen, and to Jared H, PMP (“The Australian”) for his amazing Tandoori chef expertise!

Tell me about YOUR next music break!

The next time you’re teaching or giving a presentation, try a music break via your Smart Phone or tablet (it’s a great way to bond with your students) And let us know how it goes with a Comment (below)