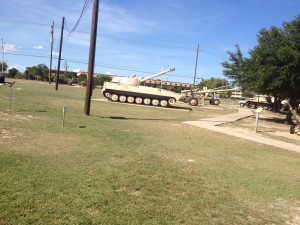 This was one of the most motivated and disciplined groups I’ve ever had for my PMP class.

Unique Example of Leadership In The Class

There were two very senior leaders in the class, both colonels who served in the Iraq War.  But as high-up and busy as they both were, they set a great example for the rest of the students by being the first to take and pass their PMP exam.

Q. How did the officers do in the class?

A. 9 in s row passed their PMP test on the first try!

Thanks again to the class

Thanks again to the officers for their hospitality (especially the German restaurant in Killeen!)  And a special thanks to Dave S, PMP, for the tour of the aircraft, tanks and other military vehicles at the outdoor museum.

Below is the model tank (“The Patton”) that one of the students gave me as a parting-gift after the class — it’s identical to the actual tank on display at the Fort Hood 1st Cavalry Division Museum . 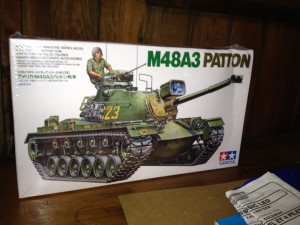 This is an awesome museum — you can walk around on the grounds and stand right next to the Patton Tank and many other retired military aircraft, helicopters, and tanks that were actually used in battle, in conflicts dating as far back as WW I.