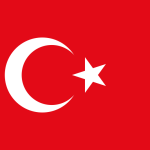 PMI has added a 13th Language that they support for the PMP test: Turkish!

Below is my original post about the Language Aids PMI supports for their certification exams.

A little-known feature PMI provides for its PMP, CAPM and other exams is called “Language Aids.”  The tests are only given in English, BUT… by requesting a language aid in one of the 12 supported languages below, you can instantly get a translation on the test of any question.

This can give you a great advantage if you encounter an unknown vocabulary word.  Also very helpful for the “situational” and “ethics” questions, where a nuance can make the difference between wrong and right.

NOTE – It’s free to request any 1 of the above 13 Language Aids, but you must request this feature IN ADVANCE (when you register for your test)