Home/Agile, Books, knowledge/My highlights of the PMI Annual North American Congress 2011 in Dallas — What were yours?
Previous Next

I attended another great PMI conference (my third-in-a-row) in Dallas last week.

If you attended also, Please share Your Highlights in the “Leave a Reply” box.

1. Keynote Speaker: Malcolm Gladwell, author of “Blink,” “The Tipping Point“ and “Outliers.” Much of his talk was about Steve Jobs, and how he felt that Jobs epitomized the ability to succeed by being a FOLLOWER AND BORROWER, more than an inventor. 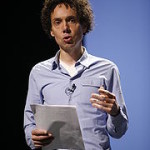 2. AGILE! There was an entire AGILE TRACK (for the second year in a row) includinga highly informative panel discussion: “Agile Collaboration In A Virtual World” (Harnessing Social Media, Web 2.0, and Beyond) with Cornelius Fichtner, PMP, Elizabeth Harrin, FAPM, PRINCE2, and Andrew Filev, Co-Founder at Wrike, Inc.

And in the session: “Fixed Price Agile Projects: Making The Impossible Possible,” agilist Jesse Fewell spoke about how 2-week Agile sprints can be crafted and viewed as “Mini-Waterfalls,” combining the best of both, and also, how Agile can be LESS RISKY than Waterfall because defects are exposed earlier as deliverables are released with each sprint.

3. Author and PhD Thomas Juli shared some of the core principles of his book: “Leadership Principles For Project Success.” Thomas shared an excellent metaphor about how the PM should be part of the team, like a guide on a hike up a mountain, as opposed to the director set apart from the team-members.  Further continuing the analogy, he also stressed how the job is NOT finished when you reach the top of the mountain, but only after safely bringing the team (and project) back down to the ground.

4. Vicki James, PMP and CBAP, presented on an important and rare topic: “The Role of the Project Sponsor.” Kudos to Vicki for generating GREAT interaction with her participants.  I also liked how she opened with a joke: “How many of you have read “The Sponsor’s Body of Knowledge?” (Duh, there is none!)

5: “Nurturing Human Nature in Projects (It’s All PsychoBabble To Me!”) by John Kinser, PMP. John was very funny, engaging and informative.

6. Valuable panel discussion on “The Importance of Mentoring as part of PM Professionalism,” where several senior PM experts shared mentoring best practices, including: James Snyder, PMP, Debra Miersma, PMP, Pamela T. Robb, PMP, Dr. Vijay Kanabar, Dr. Bill Moylan, and Loren Walker.  A few key take-aways: A) Mentoring does not have to be formally documented, B) Mentoring can take place during the course of daily interaction between PM and team-member and doesn’t have to be done in “official mentoring mode,” and C) PMs all are ongoing learners and should all see ourselves as both Mentor and Mentoree.

PLUS: PERSONAL GROWTH FOR ME: 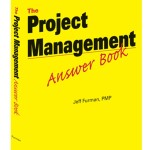